From October 2021, the Editor-in-Chief of JRM has changed from Dr. Shintani to Dr. Tomimitsu (Director of JARM, Former Secretary General of IARM). JRM converted to digital format in November 2019 and starting in January 2020, JRM online has been published 4 times (January, April, July, October) per year. 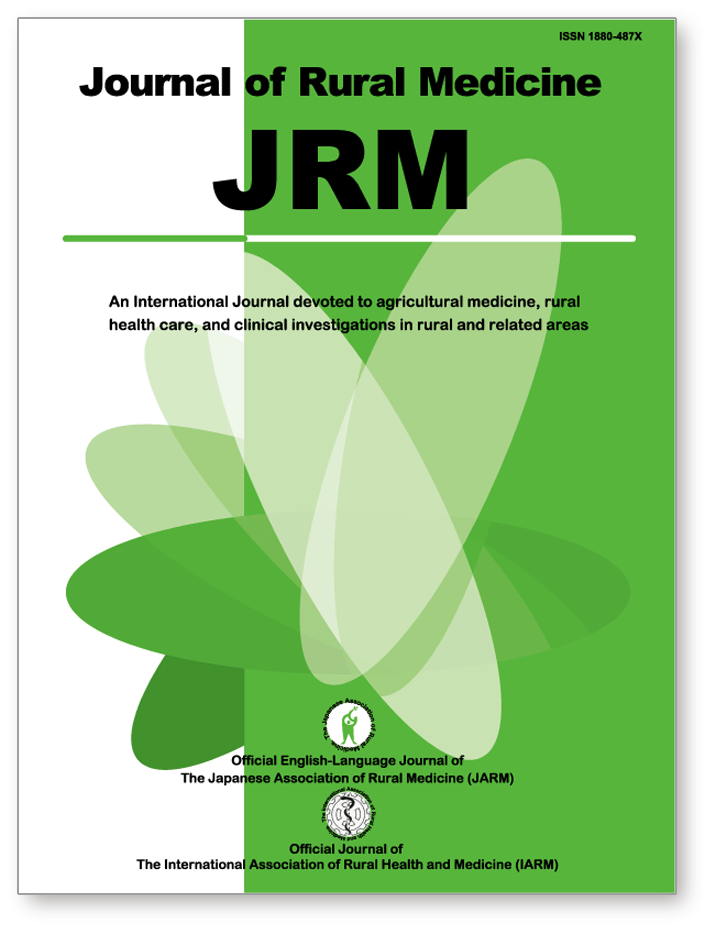 Journal of Rural Medicine (JRM) is a joint institution magazine (English journal) of Japanese association of rural medicine (JARM) and International Association of rural health and medicine (IARM), which we have issued twice since 2005. Many of its publications are excellent original works and reviews, such as clinical research on rural areas / regional medical care, cohort research on health / medical / welfare. From this point onwards, currently, JRM has expanded the topics to include ecological medicine, familial medicine, home health care, and general practical medicine.

We have decided to have JRM published digitally four times per year since 2020: January, April, July, and October. We would like to receive more of your contributions and submissions to JRM.